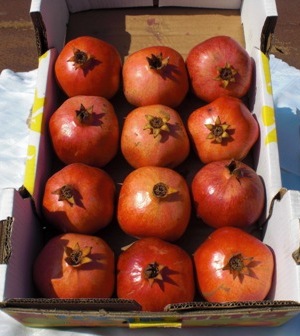 Pomegranate origin begins in Egypt thousands of years ago.

It was the fruit of kings, is thought to be the fruit that Eve fed Adam in the Garden of Eden, and was one of the fruits that would have been seen hanging in the gardens of Babylon of ancient days.

There are differing ideas however as to where it originally showed up.

Some say it's the native fruit of Persia, whereas others say it's native to Iran and India.It was cultivated in these countries and a few other countries as well such as the East Indies, Asia, Africa, and Malaysia.

One of the most detailed historic recordings of pomegranate origin indicates that the fruit was not native to China like some people thought at one time, but actually it was brought to the country around 100 B.C.

A man by the name of Jang Qian, a representative of the Han dynasty, is credited with bringing the pomegranate into China.

Pomegranate Origin – Names of the Fruit

You might think that the name of the pomegranate might be just that, but in fact different countries have called it by various names over the years.

The official name of the pomegranate fruit is Punicum granatum.

Either way, the fruit did come to Spain.

Britain's very first pomegranate tree was planted by one of their kings, King Henry VIII.

Another interesting fact about the origin of pomegranate fruit is that the French actually named a military grenade after the fruit.

Why, do you ask?The fruit, when tossed at the ground, will break and splatter the seeds around the surrounding area.The French named their grenade after the fruit for obvious reason – the grenade exploded when it came into contact with the ground or anything it hits.

What is the history of pomegranate origin in the United States?

Sometime around 1769, Spanish settlers brought a pomegranate tree into the state of California.Now the fruits grow successfully in both California and Arizona, as both states have drier climates.

The cities of Yazd, Kashan, and Saveh in the country of Iran are world famous for the delicious varieties of pomegranate grown in those locations. 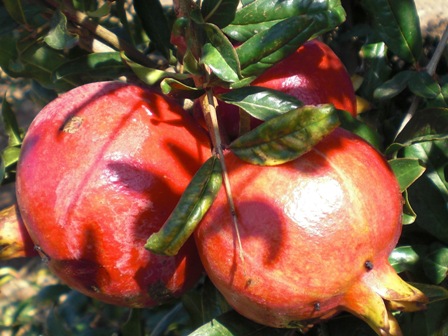 Where Can You Find Pomegranates?

The origin of pomegranate accounts may vary a bit, but we do know that the pomegranate fruit has become popular all over the world and can now be found in markets worldwide. Does it really matter where it truly originated?

Probably not in light of the fact that we can enjoy it in the here and now!