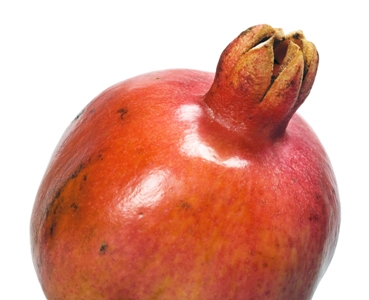 Pomegranate Chinese mythology tells us about how the Chinese viewed the pomegranate fruit and how they used it in both religious ceremonies and for every day purposes.

It’s well known that this fruit has been mentioned in the absolute earliest of historical writings. It’s no wonder given that the pomegranate fruit grew like crazy in the Mediterranean and Arab areas of the world back then and even still today.

The Han dynasty was in power in 126 B.C. when the pomegranate fruit was first introduced to the country of China. They quickly discovered they could break open the seeds inside and use them for a number of different purposes.

The Chinese people used the colorful seeds not only for eating, but also to create dyes for the hair and even for medicinal purposes.

The pomegranate fruit was also mentioned in pomegranate Chinese mythology writings as a symbol used during religious ceremonies by the Buddhists. They regarded the fruit as a good luck charm and sometimes used the small limbs of the tree to sprinkle water during a religious ceremony.

Typically, Buddhists use peaches in their temple ceremonies because the peach represents longevity. However, after the pomegranate was introduced, they would substitute it for the peaches when the peaches were not in season or simply not available.

Many religions have used this fruit to symbolize important concepts of their belief system. The entire fruit has inspired these practices – the skin, the color of the fruit, and the seeds. The fruit has been used to represent or symbolize life, death, fertility, prosperity, eternal life, marriage, reincarnation, and abundance.